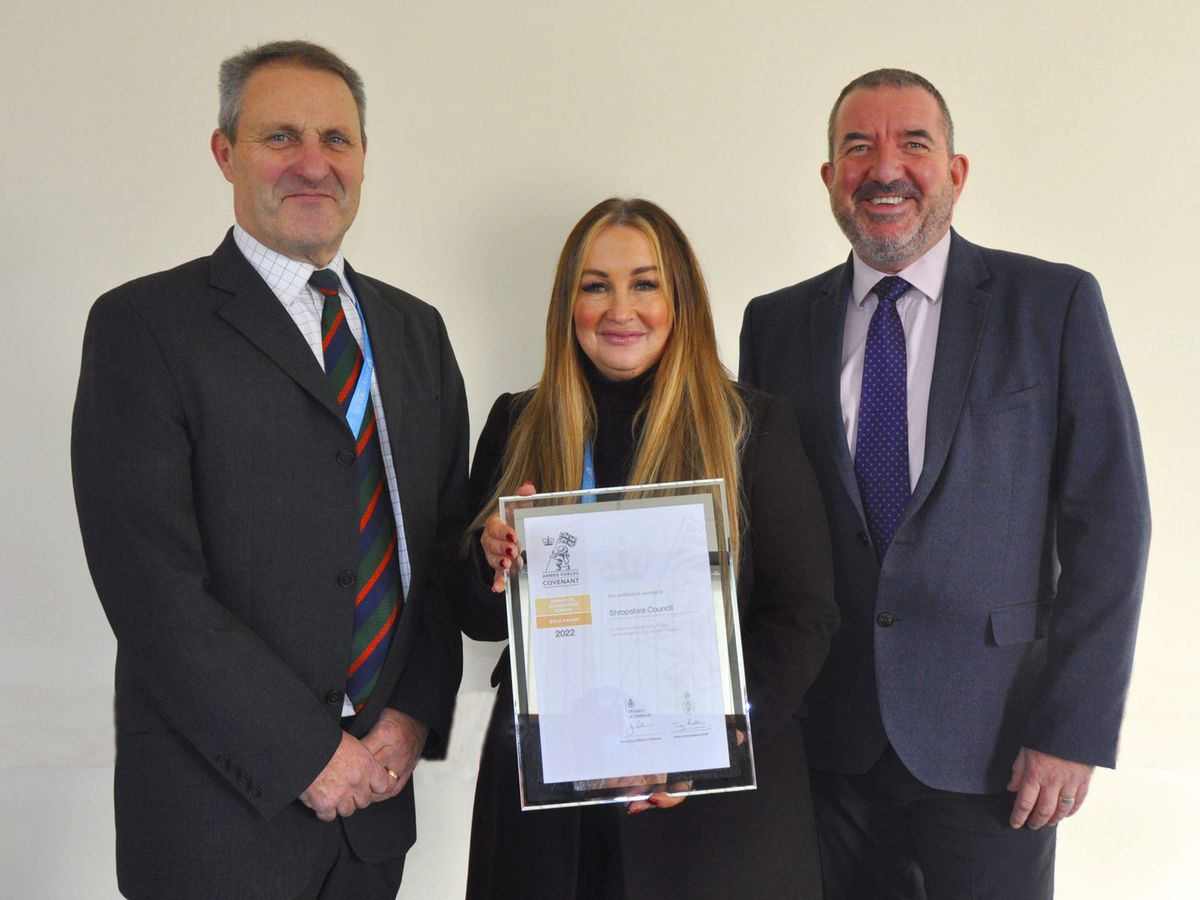 The council says it is the only organisation in the West Midlands to have the award re-validated this year, and is one of only 36 Gold Award re-validations made nationally.

The Armed Forces Covenant sees organisations pledge to supporting the military and veteran communities and their families.

Employer Recognition Scheme Gold Awards are awarded to those that employ and support those who serve, veterans and their families.

Councillor Ian Nellins, Shropshire Council’s deputy leader and Armed Forces Covenant champion, said: “As one of Shropshire’s largest employers, we have a duty to support regular and reserve units as well as the veterans who are trying to find their way in civilian life.

“Shropshire has a large Armed Forces community, including serving members – regulars and reserves – veterans and their families.

“The revalidation of the Gold Award is thoroughly deserved and testament to all of the fantastic work being done. We will continue to work hard to ensure that we lead the way and inspire others to support those who have selflessly served our country.”

Andy Begley, Shropshire Council’s chief executive, said: “I am incredibly proud of what we’re doing as an organisation to champion the Employer Recognition Scheme, and the revalidation of the Gold Award is testament to our efforts and commitment to supporting the military and veteran communities and their families.

“We are dedicated to continuing to build our support for the Armed Forces, which in turn makes a positive and lasting impact on the lives of veterans, personnel and forces’ families.”

To win an award organisations must provide 10 extra paid days leave for reservists, and have supportive HR policies in place for veterans, reserves, and Cadet Force Adult Volunteers, as well as spouses and partners of those serving in the Armed Forces.

Keir Starmer 'put his head in his hands' at prospect of Boris Johnson return
Mark Andrews: Trussonomics for newcomers, whereas Channel 4 breaks new floor
Council approves 'nature emergency' | Shropshire Star
Council budget difficulties to be shared with all political group leaders
Boris Johnson: The ex-PM who might copy his hero with second stint in Quantity 10