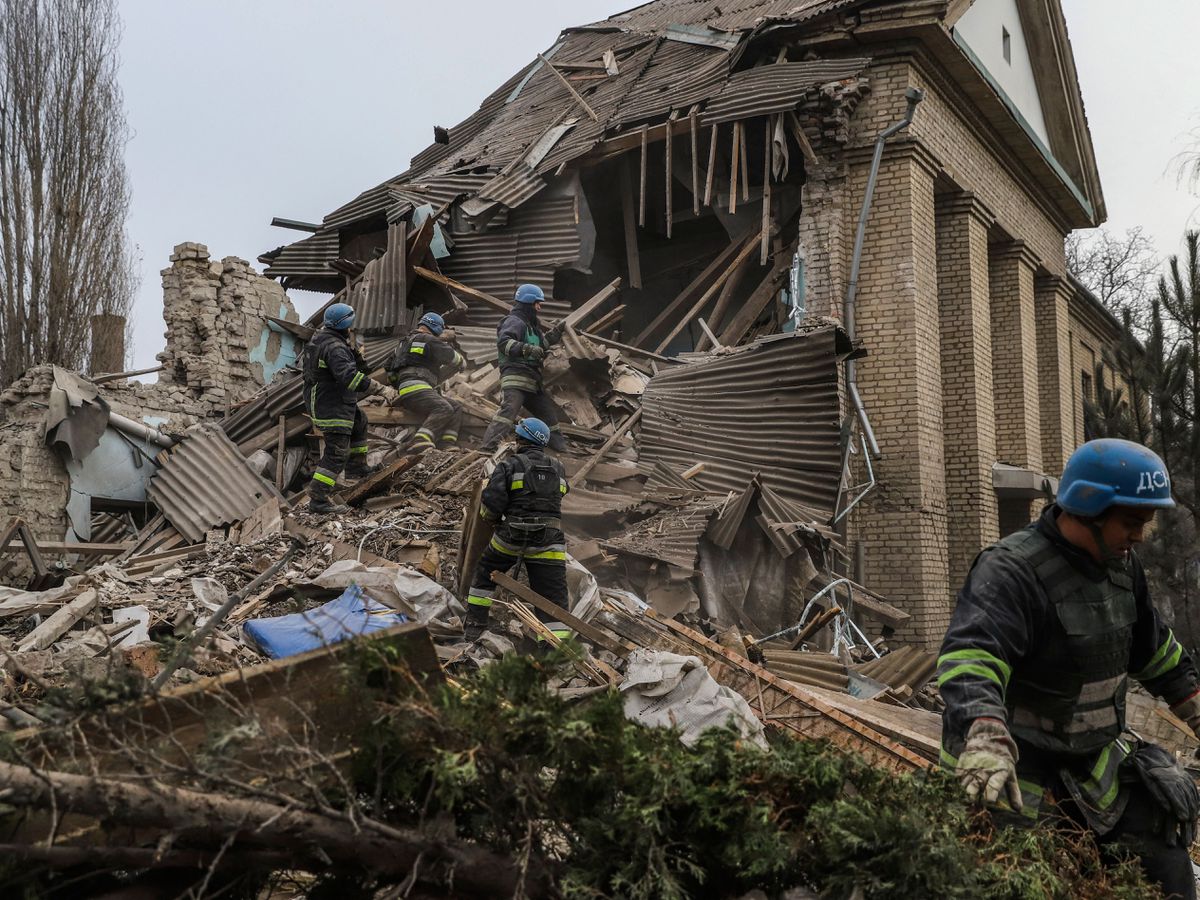 A Russian rocket struck the maternity wing of a hospital in eastern Ukraine on Wednesday, killing a newborn boy and critically injuring a doctor.

The overnight explosion left the small-town hospital a crumbled mess of bricks, scattering medical supplies across the small compound.

It was the second deadly strike on the small town of Vilniansk in a week, and mayor Nataliya Usienko said she feared it would not be the last.

“The attack started and the first S300 rocket hit the road. The second rocket hit this place, the main general hospital, at the maternity wing where people were,” she said.

“One woman gave birth two days ago. She delivered a boy. Unfortunately this rocket took the life of this child who lived only two days.”

Six days ago, she said, 11 people died when a Russian rocket hit an apartment building.

Municipal workers worked well after sunset to shore up walls at risk of falling, relying on generators for light and to run their power tools.

Nataliya Pullman, a resident passing the shattered hospital, said she was beyond angry.

“I have no words, I have no feelings. I don’t know what a normal human should feel. I’m in pain for victims,” she said.

Kyrilo, the baby boy killed in the rocket attack, and his mother were supposed to have been discharged on Wednesday, Usienko said.

“The tragic images of rescuers working at the site of a maternity ward we saw this morning illustrate that women and children continue to pay the highest price for this war,” Kitchen said.

“No child should be born under a barrage of missile strikes. No child should die buried in rubble remaining from hospitals, where their mothers seek safety and protection.”

Russia has targeted hospitals repeatedly since the war began on February 24, including a deadly airstrike in March on a maternity ward in the city of Mariupol that killed a woman and her unborn child.