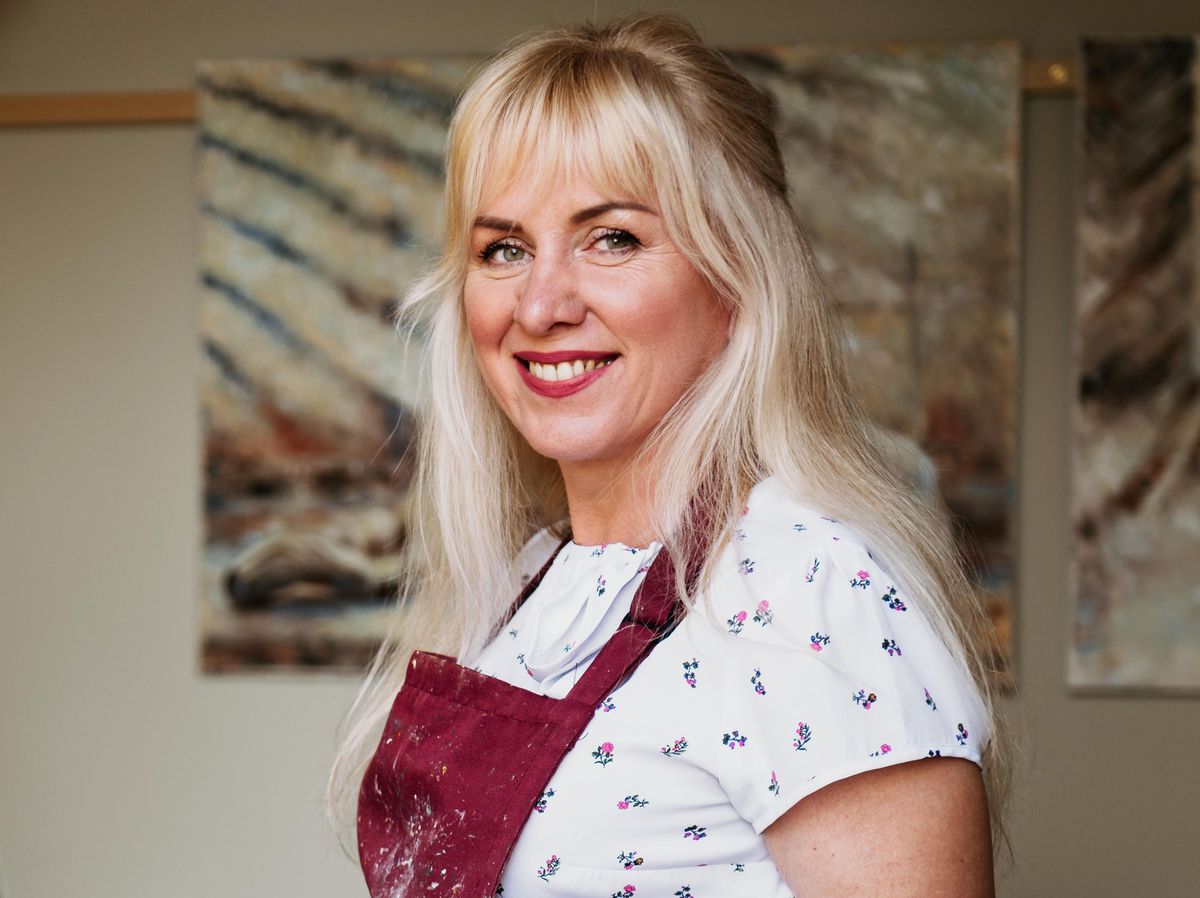 Shropshire-based Ukrainian artist Svitlana Dzedzei is collaborating with Ludlow Town Council and Erica Garner of Ludlow’s Refugee Support Group to bring to the UK the installation of angels, to remind people of the impact the war is having on Ukraine, and particularly Ukrainian children.

Hundreds of hand-crocheted blue and yellow angels will be suspended from trees in Castle Gardens, Ludlow, from Saturday to Monday. After this it will move to the town’s St Laurence’s Church.

The official opening of the Ukrainian Angels will take place in Castle Gardens at 11am on Saturday.

A spokesman for Ludlow Town Council said: “The work honours the memory of Ukrainian children who have died because of the war and is to show how many innocent lives have been lost.”

Svitlana, from Lviv, has settled in Cleobury Mortimer and is selling her work and now even has a market stall in Ludlow.

She studied and graduated from art school and college in Ukraine but was forced to leave her native country and has settled in Shropshire.

Her artwork, which has been on display in Ludlow recently, focuses on oil works created in the technique of impressionism, using bright colours and portraying her emotions. Each work indicates the state or feeling of the inner world of people.

Svitlana and her husband, Volodymyr, are just two of the Ukrainians who have been given a warm welcome by Salopians.

Volodymyr has found work locally with Pineland, and the pair’s host, Paul Serrell-Cooke, says: “People have been exceptionally kind and generous to our Ukrainian friends. Individuals have offered financial support, school uniform, gifts of musical instruments and more. And offers of employment have been invaluable.

“Volodymyr, for example, could barely speak English when he arrived. The team at Pineland kindly gave him work and he has settled in so well. He gets on with them all like a house on fire and they think he’s absolutely great.

“It’s given him a purpose and a salary – and when he walks around the village now and anyone from Pineland sees him, they shout across the road. He’s very, very popular.”

As Svitlana reflects: “I am here (in Shropshire) now but every day I think about Ukraine. My heart is there. My emotions are still very much with it. But I want to thank the people here who have been very good and very kind. We are just so grateful.”

Contact Erica Garner on [email protected] or call 07974 001310 if you would like to know more about the work of the refugee support group, or if you or any children would like to take part in the official opening.

Shropshire MP calls for carers to be given the financial support they need
Boris Johnson: The ex-PM who might copy his hero with second stint in Quantity 10
Hancock says ministers were told Covid could kill 820,000 people in UK
PM is taking 'proper method' to financial system, says Telford MP
'Pin your poppy' undertaking launched in West Mercia forward of Remembrance Day