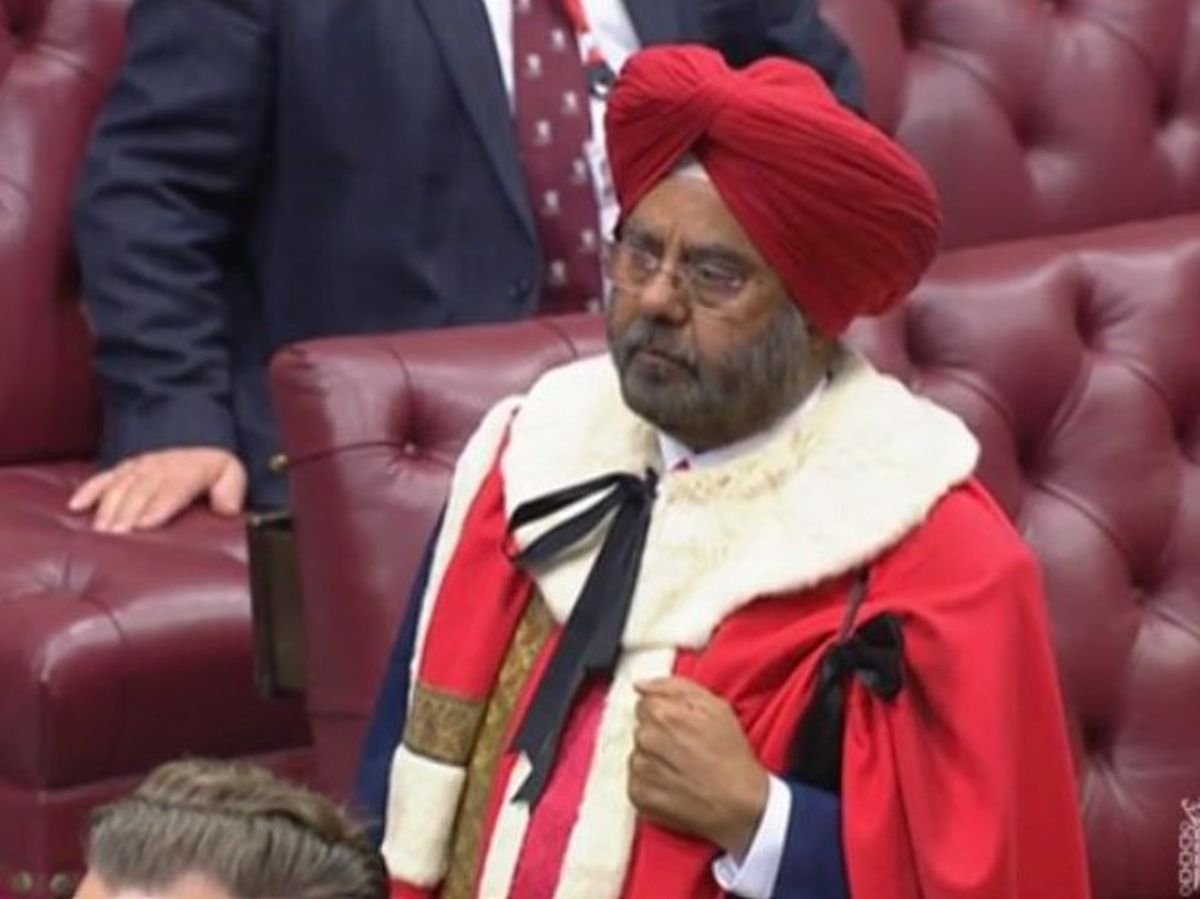 Today, Lord Kuldip Sahota is still coming to terms with his induction into the House of Lords, trading those factory overalls for the scarlet and ermine robes he wore at the ceremony.

A prominent member of the Telford Sikh community, he is proud to be the first turban-wearing member of the upper chamber – a far cry from when his father and grandfather were asked to leave a Midlands pub because they were not speaking English.

“Today I believe that the UK is one of the most diverse and welcoming countries in the world,” said Lord Sahota.

The new peer worked for 15 years at GKN Sankey in Telford where he was involved in the trade union, before becoming a businessman and a politician, as a Telford & Wrekin Councillor for Malinslee and Dawley Bank.

“I will continue my work as a councillor, alongside my work in the House of Lords,” he said.

“The internet means that I can do a lot of my work as a councillor, replying to emails for example, when I am travelling or in London between House of Lords sittings.”

Lord Sahota’s extended family, many of whom live close to him in Ketley, travelled to London to see him inducted into the house.

“At first I was nervous and had to hold my breath as I walked onto the floor of the house but then I relaxed and enjoyed the experience,” he said.

“Family and the local community mean everything to me. I still help my wife, Sukhi, out in her cafe in Wellington.”

Read Also:  Tory MPs to make their choice for leader after Johnson withdraws

He added: “My father came to England from India in 1957 as an economic migrant, and me, my brother and two sisters were left behind in India. I was about seven years old.

“My father has told us of the time when he was in a pub speaking Punjab, which I am fluent in. He was asked to leave. Those times are far behind us now.

“Yes, there are a minority in the UK determined to cause trouble but my links with Amnesty has strengthened my view that the UK is one of the most diverse and welcoming countries in the world.”

Lord Sahota says one of his priorities as a long time member of Amnesty will be to press for justice for all.

He also intends to work for better funding of local councils.

“We have seen the money we have cut drastically and it pains me that the council does not have the money it needs to do everything we want to do,” he said.

“It is a great honour and a privilege to sit in the House of Lords representing Telford and its different faith communities.

“I am forever grateful for the trust and support placed in me by my wife and family and the people of Telford and The Wrekin, without which this would not be possible.”

In 2019 a film documentary written and produced by Lord Sahota was released. It is an in-depth look at the Amritsar Massacre of 1919 looking at what happened in the heart of the Punjab when up to 1,000 people were massacred on the orders of Brigadier general, Reginald Dyer.

A century later and the man whose ancestors were subject to appalling British colonialism is a member of the House of Lords.

Troublesome selections on tax and spending to return, warns new Chancellor
'We could lose our NHS': Shropshire campaigner shares horror stories caused by ambulance crisis
Labour MP Chris Matheson resigns after complaints of sexual misconduct upheld
Boris Johnson: The ex-PM who might copy his hero with second stint in Quantity 10
Leader warns of councils in the West Midlands 'fearful' of going bankrupt in the next two years